2 men were traveling on highway 519 on Sunday afternoon, after a day of fishing, when they happened upon the spectacle of a lifetime. There in front of them, at 50 yards and closing, walked a 7-8 foot tall Sasquatch, (estimated height) right onto the road. It realized a vehicle was coming, stopped, saw them, turned away, and walked back into the woods where it came from. Pulling over after witnessing the mythical being, for the duo, it was a no brainer. They went in after it.

When most people happen upon such a creature, they will tend to drive by in disbelief thinking it was a bear or any number of strange possibilities, to write it off. Most will not take the time to give chase and see where it leads...

There was no doubt. They knew what it was. They saw it... It saw them... And it was time for action... They exited the vehicle and trekked in, breaching the bush-line, not sure what would happen to them, or if it was even there anymore, (as these things tend to just disappear into the foliage.) They did not have a camera on them at the time, nor thought of using their cellphone, as they were completely taken by surprise by the encounter.

With every step, the 2 didn't know it was leading them to another incredible encounter. For all they knew it was gone, but it was worth a look, regardless. Suddenly as they unknowingly closed the gap between them and it...

They saw it once again!

Covered in light brown hair from head to toe, it was laying belly down in the foliage, trying to hide from the duo.

It was only 10 yards away, they were basically standing right on it in a sense. It was a very close encounter! It realized their eyes were fixed, gazing upon it. Suddenly without warning, it hopped to it's feet in an angry burst of vocal power, screamed at the two in a wild eyed, loud blast. The sound was a cross between human-like and animal as it rung through their ears.

It began a run toward them, maniacally screaming, scaring the two into a full on frantic bolt from the area! They never turned back during the chase to see if was breathing down their neck, or if it had only took a step or two. Reaching their truck in a panicked fever, they peeled off.

They reported the incident to the local Ontario Provincial Police, who said they will check it out, but  no return call has yet been received as to their investigative efforts. I asked what the man thinks would have happened if they would have stayed in the creatures presence. He said, "Attacked us maybe." The man said he will visit the area this weekend, (as it is 3 hours from home,) to try and gather some photographic evidence of where it lie, look for footprints, and try to find hair in the trees, or hair where it was laying down. He regrets not having his phone on record when it happened, or going back directly after the occurrence.

I believe it is of the same family grouping that is seen in the area from the Pic, to Pukaskwa to Dubreuilville, to Batchewana; as a grizzly has a 300 mile foraging radius, why not Sasquatch? This was a very brave thing to do, and it is great to hear people actually investigating a sighting as it happens. Keep your eyes peeled, your courage up, but be careful out there; As we do not know what one is capable of in such situations.

A similar story has just come through stating the following: A man and his wife were driving out on Hwy 519, when from afar they spotted the creature, (described as having long, brownish hair covering it's body,) walking upright across the highway. They pulled to a stop as it paused seeing the vehicle, it darted into the woods. The two looked at each other, startled in disbelief, and then resumed driving trying to make sense of it all.

A local stopped along Hwy 519 and captured this footprint, said to be by a garbage can. It may be, that the creature is foraging for food in different parts of it's territory.

Also, local Police in the area are said to have taken hair samples, but this is only here-say. Fingers crossed they did, and can get it tested in their DNA labs. It is also stated that, yesterday June 19th, officers were on the turnoff to Hwy 17 & 519, and had stopped a motorist to talk, as the officers had seen the creature as well...


THE PARANORMAL QUEST SET FORTH TO YOU:

If you are in Dubreuilville or surrounding area, please keep your eyes open and your cameras rolling video. If someone can manage to capture this thing to video in HD/ 4k this would be amazing. I doubt a physical capture will ever occur, but video is just as good! My fear is this creature has moved on, by now. They say lightning never strikes twice, in this case it has struck 3 times. But here's to hoping! 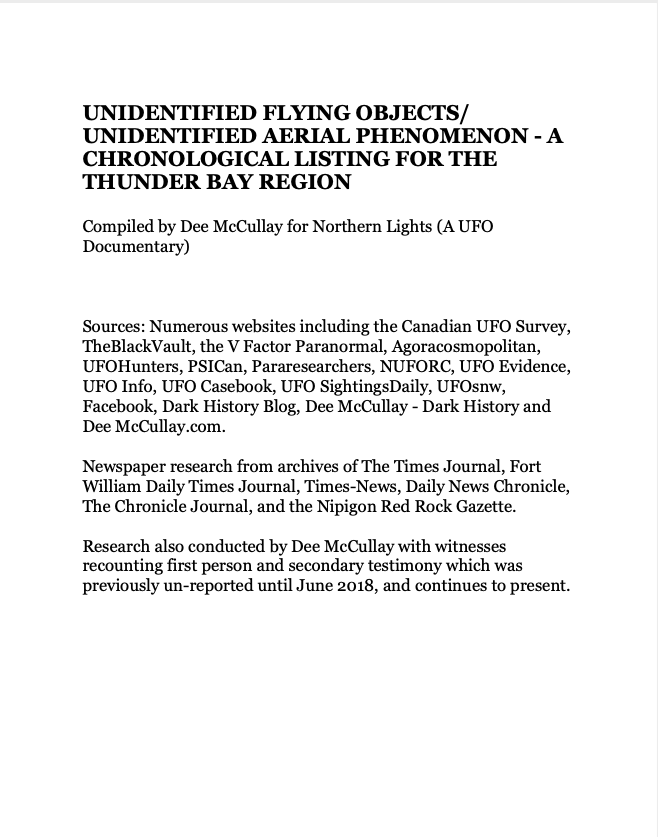